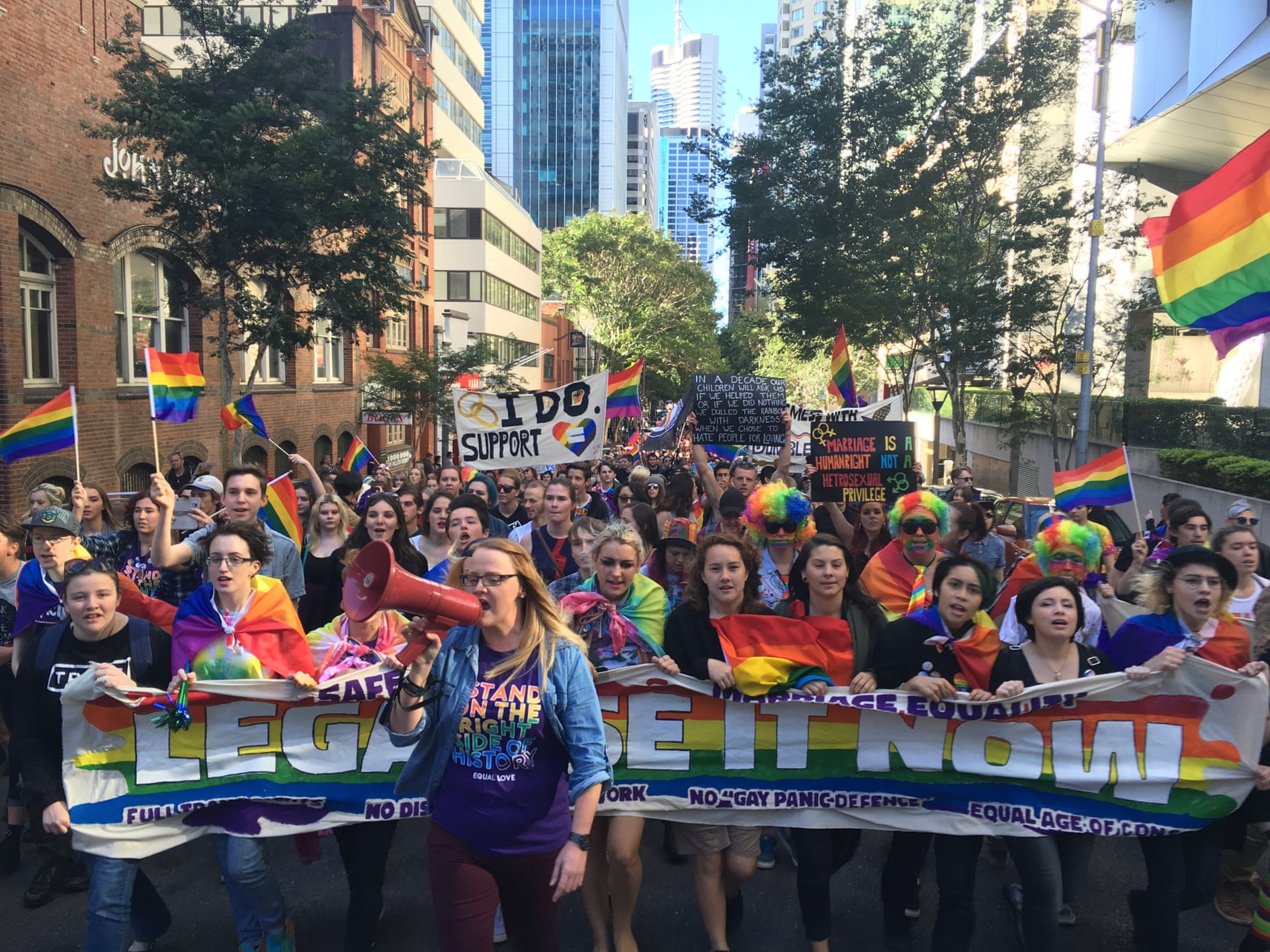 Supporters of same-sex marriage during a rally in Brisbane this year. Several faith leaders are sending out the message that advocacy for LGBTI rights and religion go hand in hand. Photograph: Sarah Motherwell/AAP

Earlier last month, Australia’s first inter-faith forum on marriage equality in Canberra saw progressive representatives of various faiths speak on the stakes in the larger dialogue surrounding the civil recognition of same-sex unions. Jewish, Anglican, Baptist, Muslim, and secular voices speak on how the disenfranchisement of LGBTI couples causes disconnection and spiritual harm to those who are suppressed from expressing their love for each other; and in so doing causes greater harm to the larger faith community and societal trust in general. This consensus is expressed as leaders of various faiths have come together to support the legitimisation of queer sexuality, love transcending gender binaries, and legalisation of marriage equality.

Paul Karp is a an industrial relations and Australian politics journalist at Thomson Reuters whose opinion pieces and articles have appeared on The Guardian, the Drum and the daily news service Workforce.