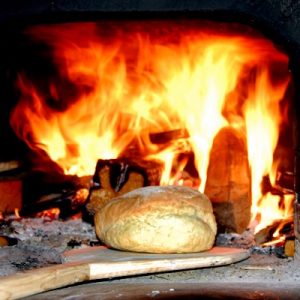 April the 6th is what, in black humour, my family refers to as BBQ day.  On April 6th 1966 when I was exactly 22 months old I was burnt with 3rd degree burns to a third of my body.  The name came many years later when at a meeting of the Hunter Presbytery Youth Council, we had decided on that day for an event, but not what the event would be.  I commented it was the date I was burnt and someone said then the event should be a BBQ.

On the scale of disabilities, I’m pretty lucky.  It’s largely superficial and mostly unnoticeable.  There is no doubt however that is has shaped who I am.   Many of us carry some disability, or know of, and/or care for, someone with a disability.

We are all people with disabilities of some sort.  Some disabilities people are born with.  Some like my own are the result of accidents.  Some are the result of deliberate actions of others: criminals or governments.  For example the mental illness we as a community choose to inflict on Asylum seekers.  In today’s Gospel passage we read of Jesus’ body’s brokenness also at the hands of authorities.

For all the times we are likely to have heard this post Easter narrative, I was struck by how rarely had any reference had been made of Christ’s disability when meeting the disciples apart from it being used as proof of it really being Christ.  But this is a story, as the commentary, which highlighted this to me said; this is a story of a disabled God.

What does it means to follow a disabled God?

What would it be like to lead with our scars, instead of enslaving ourselves to society’s expectations of piety and prettiness?

Only a God of suffering can help.

These are the words supposedly a prison guard found scribbled on a piece of paper, and smuggled it out of Dietrich Bonhoeffer’s cell shortly before his death.

Only a God of suffering can help.

Only a God who has felt pain can know the pain we feel when we struggle.  A God who can do the most simple of things: sharing fish and breaking bread with his friends, can do so despite his suffering.  It is this God that offers comfort to so many in this world as they lead a life despite the brokenness of their body.

Which ties us to the context of the Acts reading.  This week’s passage follows straight after the passage where Peter had come across a lame beggar outside the beautiful gate to the temple.  Peter told him to get up and walk and he went off praising God.

Today’s Acts reading is what follows.  You can imagine it: all these people having witnessed this, gobsmacked at this man’s disability no longer being present.

Let me re-read a paraphrased snippet of the Acts reading: Peter addressed the people, “You Israelites, why do you wonder at this, why do you stare at us, as though by our own power or piety we had made him walk?  Jesus, whom you handed over and rejected in the presence of Pilate, though Pilate had decided to release him.  You rejected him and asked to have a murderer given to you, and you killed him. To this we are witnesses.  And now, friends, I know that you acted in ignorance, as did also your rulers.

This is Peter calling out the populism of his time.  You were deceived by your Facebook feeds to believe that when Pilate gave you the choice of Barabbas, the murderer, or Christ, you chose Barabbas.

It’s astounding that a passage calling out the dangers of populism should be set down for the same week that Mark Zuckerberg, the founder of Facebook, appeared before Congress to answer questions around how his company violated user’s privacy and might have contributed to populist election results, notably of Trump’s election and Brexit.  The current scandal around Facebook and Cambridge Analytica I have found fascinating to follow but unfortunately it is so big complex most people would throw up their hands in despair.

Suffice to say, tools for manipulating people’s choices in recent times is far worse than what the Pharisees had to dispose of those who opposed them.

It is said that if you have clicked only 150 Facebook “likes”, more is known about you than your most intimate partner.  An example I read some years ago (before the addiction to big data had really taken off), was of the Father who wrote to Target complaining about how it was targeting his 15 year old daughter with ads for new mother products.  Months later he wrote again to apologise: Target’s algorithms indeed knew she was pregnant before her father.

Two pithy ways I have heard this summarised: our private data is the oil of the 21st century, and if you’re not paying for it, you are the product.  You don’t pay to use Facebook because you are the product delivered to advertisers.  Advertisers who want you to buy their shampoo, advertisers who want you to vote for the destabilising candidate that will advance their interests, advertisers who convince you to chose to have the state kill the Messiah and free a murderer.  Populist manipulation is as much a part of our time as it was in Christ’s time.

Drawing back to our broken disabled Christ, how will all of us carrying disabilities survive in this world of populists?   During his election campaign, Trump mocked a journalist with cerebral palsy.  Another populist, the Filipino President was elected on a platform of killing those suffering from the disability of drug addiction.  What is the Christian response to this populism?

I suspect deleting your Facebook account is not the answer.  Working in IT it’s an occupational hazard that I can imagine too much of the nefarious uses big data can be put to, without properly balancing that against the many positive things better connections between people can offer.

Unfortunately I can’t give you an answer to that question.  As our Acts reading shows, this problem has been around 2000 years. To use the modern phrase, Peter called out the buyer’s regret of the people in their choice between Barabbas and Christ.  The Scriptures calls out this problem, it does not offer the solution.  Even after 2000 years not solution exists.  Look at the Liberal party tearing themselves apart trying to find a response to Pauline Hanson’s populism.

We can however draw strength from Christ.  Our broken, disabled Messiah shared a meal with his friends.  He ate fish.  He broke bread with them.  As they were hidden away, scared of what would happen to them at the hands of the state and the church.

As they shared bread, the final three verses of today’s Gospel tells what happened next:

46he said to them, “Thus it is written, that the Messiah is to suffer and to rise from the dead on the third day, 47and that repentance and forgiveness of sins is to be proclaimed in his name to all nations, beginning from Jerusalem. 48You are witnesses of these things.

And that witness, that fire they lit, is what brings us to this place today 2000 years later.  As we continue through this Easter season, we carry the light to proclaim repentance and forgiveness of sins to all nations, beginning from South Woden.  AMEN.

Andrew is a keen cyclist, member of South Woden Uniting Church and employed in IT.